Mrs. Couse explained the activity encourages students to use their imagination as a springboard for learning STEAM (Science, Technology, Engineering, Art and Music) skills and strengthens their fine motor skills.

“The class regularly encourages and inspires one another while working with the dominoes. Comments such as ‘I could not do this before but I practiced and now I can’, ‘Knocking down the dominoes is so satisfying’ and ‘Watch what happens if…’ can be heard from the children during Imagination Stations,” said Mrs. Couse. 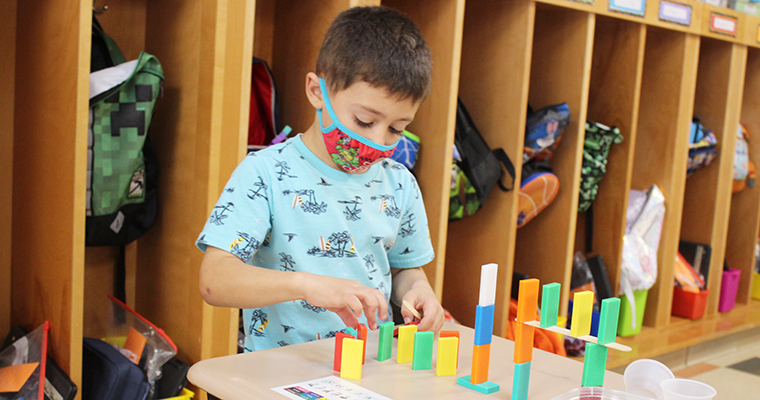