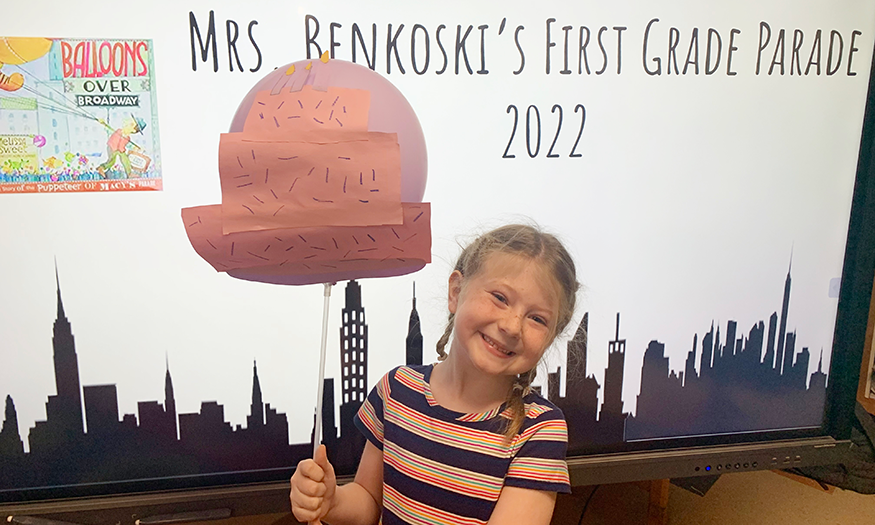 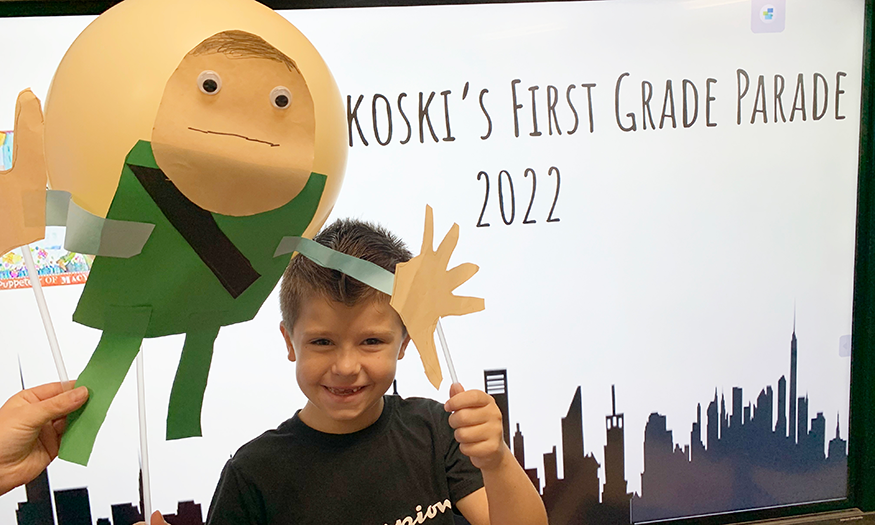 Mrs. Benkoski’s 1st grade class once again created their own parade balloons this year after inspiration from the book “Balloons Over Broadway: The True Story of the Puppeteer of Macy’s Parade.”

After reading the illustrated book, which tells the story of how the Macy’s Thanksgiving Parade began in 1924 and how it evolved, students designed and created their own balloons based on their favorite things and characters. Students created rainbows, goldfish, Pikachu, cupcakes, french fries and much more!

“The students first sketched four ideas for balloons and then chose their favorite. They even watched some old parade footage during snack time for inspiration,” explained Mrs. Benkoski. “After making a detailed drawing and materials list, the students constructed their own balloons. They finished the week by writing about their completed balloons and by holding a classroom parade complete with marching band music!”